Target hit, Position closed and a New All-Time High for the SP500. Short Opportunities in GBP and CHF

Target hit, Position closed and a New All-Time High for the SP500. Short Opportunities in GBP and CHF

Last week the British Pound was mentioned as a potential short, but the setup was not complete. Now I think it is time to focus more on this currency.

Besides the short-term COT setup which is still in play, on the chart below we can see that after the stopping volume that appeared on August 1st the pound remain in a range, slowly entering into the period of seasonal decline.

The last two bars are of 1xN type. According to The Talking Chart book if the low of such bar is penetrated a move down can be expected. Backtesting this situation shows that in the last two years if we have taken shorts based on this pattern, we would have made money. How much exactly, see the table below. 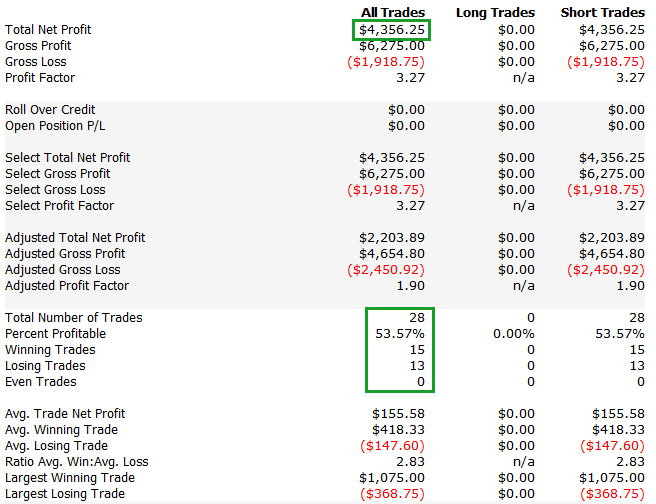 There were 28 trades, 53.6% of which were profitable. What is interesting is that the exact same per cent was shown in the book, for the S&P500. Coincidence? I'll let you decide this on your own.

That simple signal is giving us some confidence, but with the OBV not showing distribution during that consolidation, I would prefer a complex short signal. Simple signals work best after the consolidation boundaries are broken.

Similar is the situation with the CHF. Again the seasonal chart is suggesting a decline. There is heavy Commercials'selling as shown by the COT data. The currency is in consolidation, but this time the OBV is falling, a sign of distribution.

Another difference is the shape of the last bar. While in GBP it was a Long Nose here we have a Long Tail. According to The Talking Chart book this shape will most probably lead to an up move if the high is penetrated but since we are waiting for a short signal let's see what has happened before with such type of bar if the market fall below its low.

Testing for the same period as it was done for the British Pound, returned only 6 trades, with 83% being profitable. That is why I've tested it for a longer period – 10 years, and here are the results. 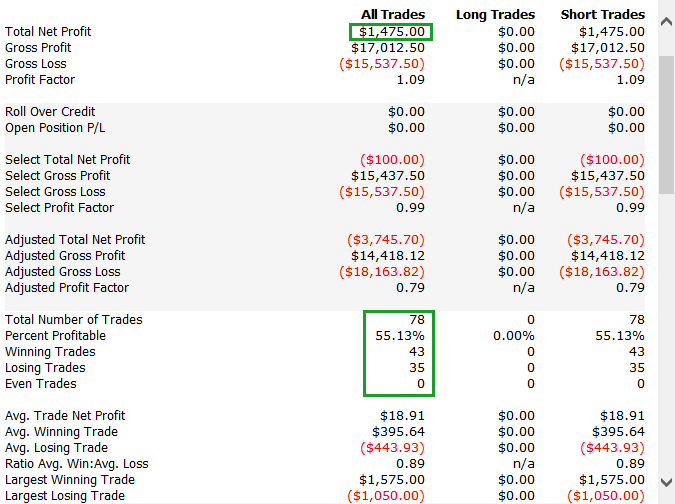 55% would be OK if the other ratios were better, but with profit factor equal to 1.09 and an average win smaller than the average loss this is not a signal worth taking. At least not in a consolidation.

A complex signal is what we should look for or a break out of the consolidation area.

As explained last week I am expecting a consolidation here which is happening right now. I am still bullish and will take long signals if I see them.