Coming Back After the Long Weekend and the Book is Ready

Coming Back After the Long Weekend and the Book is Ready

That book is finally ready. After so much testing, editing and re-editing the result is already published book. 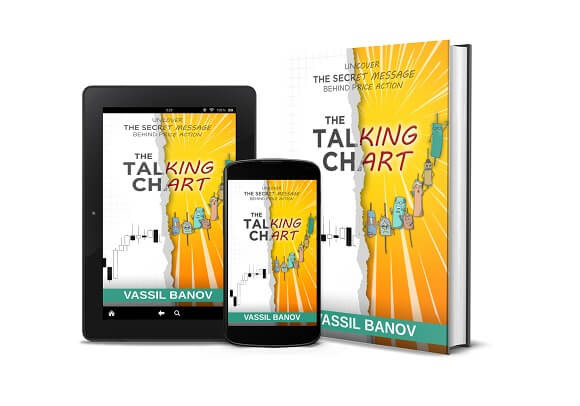 Learn more about the book here.

Why Talking Chart? Because the chart often has a message for us. A message which we don't see or refuse to see.

This book is all about using price action trading to find what is the chart telling us. Now let's see what are the messages for this week.

A few instruments attract my attention but let's start with a warning since we are coming back after a non-working day for the markets we can expect the next trading day to begin with a fake move.

An opportunity is forming in the Energy complex and RB Gasoline is the strongest one.  That's why we'll focus on it.

See the chart below

The focus points are highlighted with yellow. This is the moments which attract attention. We've already talked about a short-term long opportunity after the large down day 03/23/2020. Then the price broke the high of this day, retraced back and made a higher short-term low (HL).

The next moment which attracts attention is the breakout after that HL. That happened on 04/02/2020. The shape of this bar suggests that the right direction is up if the high of that bar is penetrated. And it was penetrated immediately on the next day.

Next, we have two inside days. Actually, they are inside the range of the breakout day but only the first is a real inside (the orange one). The second of those bars, the blue one, encompasses the orange one, forming an outside day.

The next key moment came on Wednesday (green bar) when the market broke below the lowest low of the last 3 days, including the range of the last 1xN bar. That created a bar which high is a key level for bulls. It was broken on Thursday and another higher short-term low was formed.

Now, here is something strange. Thursday's bar continued up like it was supposed to do and even broke the high of the second 1xN. But after that breakout, it was distributed and came down. That last trading day suggests short as a direction but I am willing to ignore it. Why? First, because we are making higher lows and higher highs. The second reason is the long weekend. Distribution before holidays is not something unusual and it doesn't mean change in the direction. It means that some market participants didn't want to carry risky positions over the long weekend and consider this new high as a good place to take profit. We've discussed such situations with market holidays before in this block.

All this makes up as the most probable direction. I'll look to take long signals.

The up scenario is still in play in Copper. The situation is similar to what we've already seen in RB. Big 2xN bar followed by two days which were unable to break its range.

During the last trading day, we saw a small distribution above Wednesday's high but I think that the reason for this is the same as with RB - the long weekend.

If the market can get back to the high of the inside day (yellow), where the distribution happened it would be bullish.

An interesting play would be to take the warning we gave at the beginning of this post and use it in our favour. What I mean by that is if the market starts the week with a move down, break the lowest low of the last two days and immediate reverse and go up to the level we've already mentioned, that would be a stronger bullish combination.

The last trading day suggests that the up move will continue. Especially if Thursday's high is penetrated. But except that simple price action signal, we don't have anything else. If Mondy begins with a gap or a fake move down or some other price action catalyst that will make the signal stronger enough. We are, by definition, out of the bear market but still, that doesn't mean going up every day. Better to wait for a complex buy signal.

This is exactly what you can find inside the book. Inside the pieces, you'll find all from the book + more on price action trading. But the book is a really good start.