The Hunt For The Sugar Short is not Over. Japanese Yen and Bonds Are Also Presenting Opportunities

The Hunt For The Sugar Short is not Over. Japanese Yen and Bonds Are Also Presenting Opportunities

As piece #M19 "Accumulation/Distribution Setup" suggests, we can expect Corn to break out of the range to the downside. I will look for and take price action short signals.

We've talked a lot about Sugar lately, searching for a sell signal, which did not materialize so far. Using COT has one major weakness which is suggesting setups opposite of the current trend. Sugar continues to go up, while the Commercials are increasing their shorts.

Is this week any different? I think yes. Let me show you what I mean. 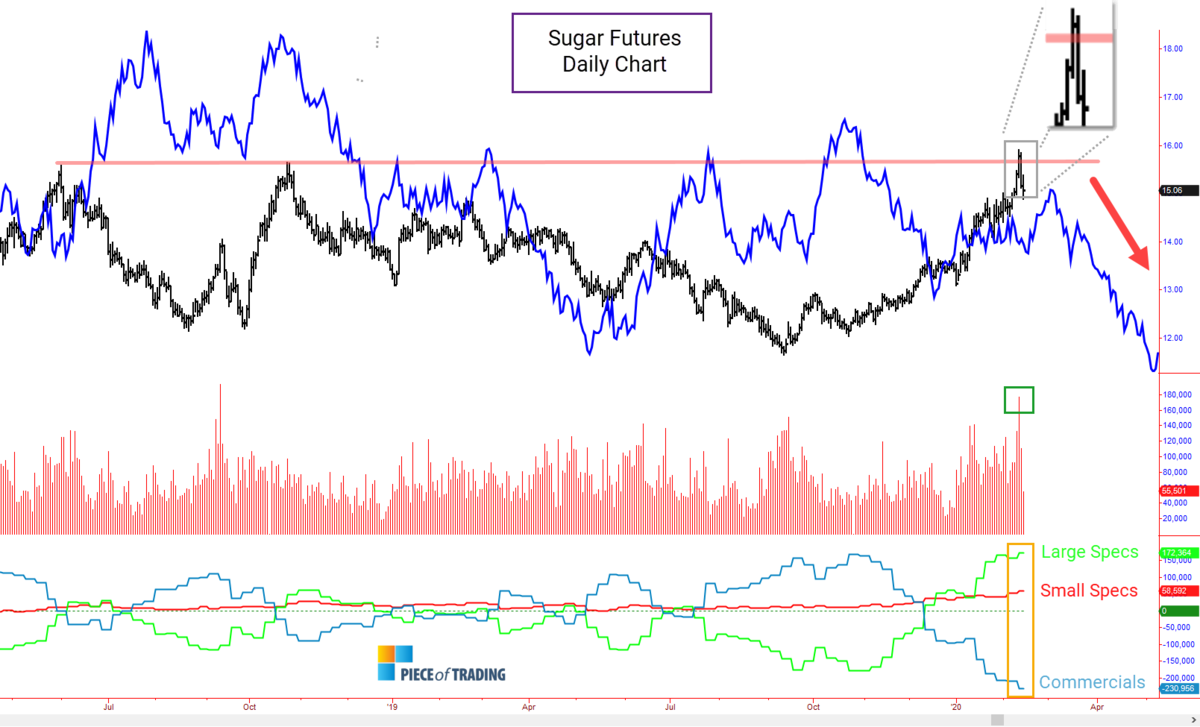 On the chart above you see how the price broke above the level defined by two significant tops. That was done on Wednesday and was accompanied by a solid increase in the volume (red histogram). Immediately after that, on Thursday, the market fell below the low of the breakout day.

Going short scenario is getting more and more probable because:

The start of a seasonal decline is hard to forecast. But according to the chart, it can begin somewhere around the last week of February and the first week of March. Like mentioned in the previous blog posts, the strategy would be to wait for a fulcrum and only then to search for a signal.

We have a Sugar-like situation in the Japanese Yen Futures.

On Wednesday the market went down and made the lowest close for some time. After that, on Thursday, it immediately went up, reaching above the high of Wednesday's bar. All this is happening when On Balance Volume is indicating that JY is under heavy accumulation. Look at the divergence between the indicator (green line) and the chart. 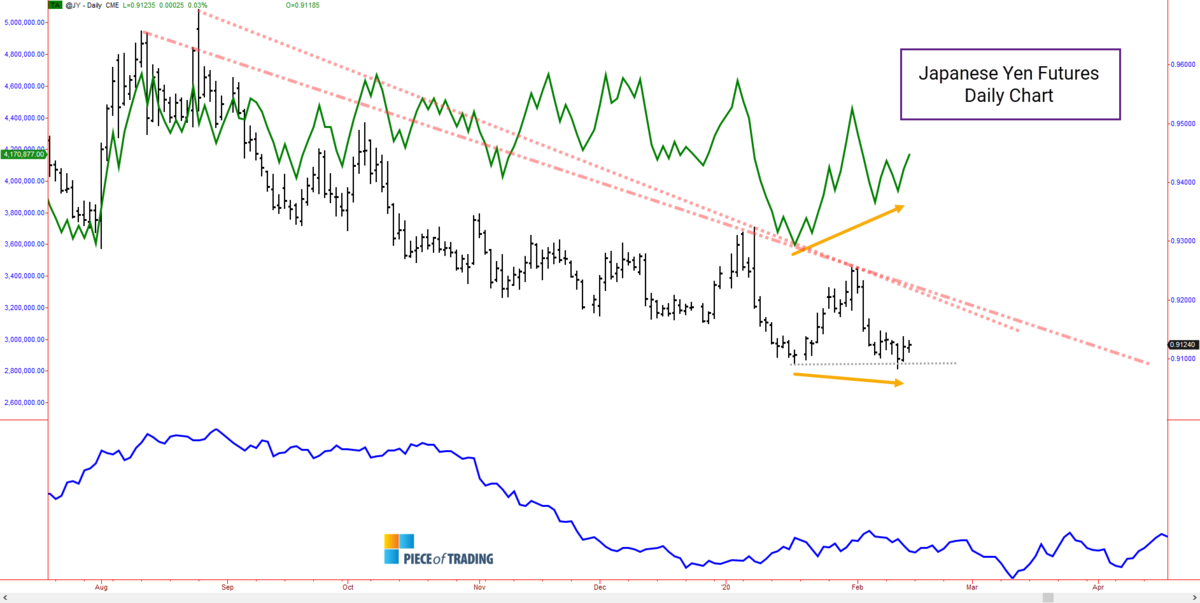 Similar situations of a sharp reversal with strong accumulation usually develop quickly. Friday's price action is an inside connector which suggests a move to the upside. Since Monday is often a quiet day, we can expect a move below Friday's low to gather more support. Then a move up can be expected. Breaking above Thursday's high is a more conservative signal.

The latest commitments of traders data is displaying a short-term COT pattern in US Bonds. They also show extreme buying from the so-called small speculators. Their net-long position is at one of the highest levels seen for a very long time.

That indicates that Bonds are set up for a decline. Such down move seems possible when we look into seasonal (blue line) and cycle (green arc) studies.

Zooming in, we see an unfilled gap. From a price action perspective, that gap will play a key role in the current setup. If the gap is not filled and the market breaks below Thursday's low, I'll look for short signals.