This short trading week left me with no short-term positions open. That is because I prefer to disregard the price action during the holiday as well as one day before and one day after it. A lot of fake movements can happen during those days.

As described, last week I had two pending orders. One to sell Russell 2000 and another to be long S&P500. Russell's order was not filled but the S&P order was. This position I had to close on Wednesday.

What's next for the S&P500 and the US stock market?

Look at the chart below. There you can see a cycle forecast, the seasonal pattern (courtesy of Larry Williams) and a few soft targets. 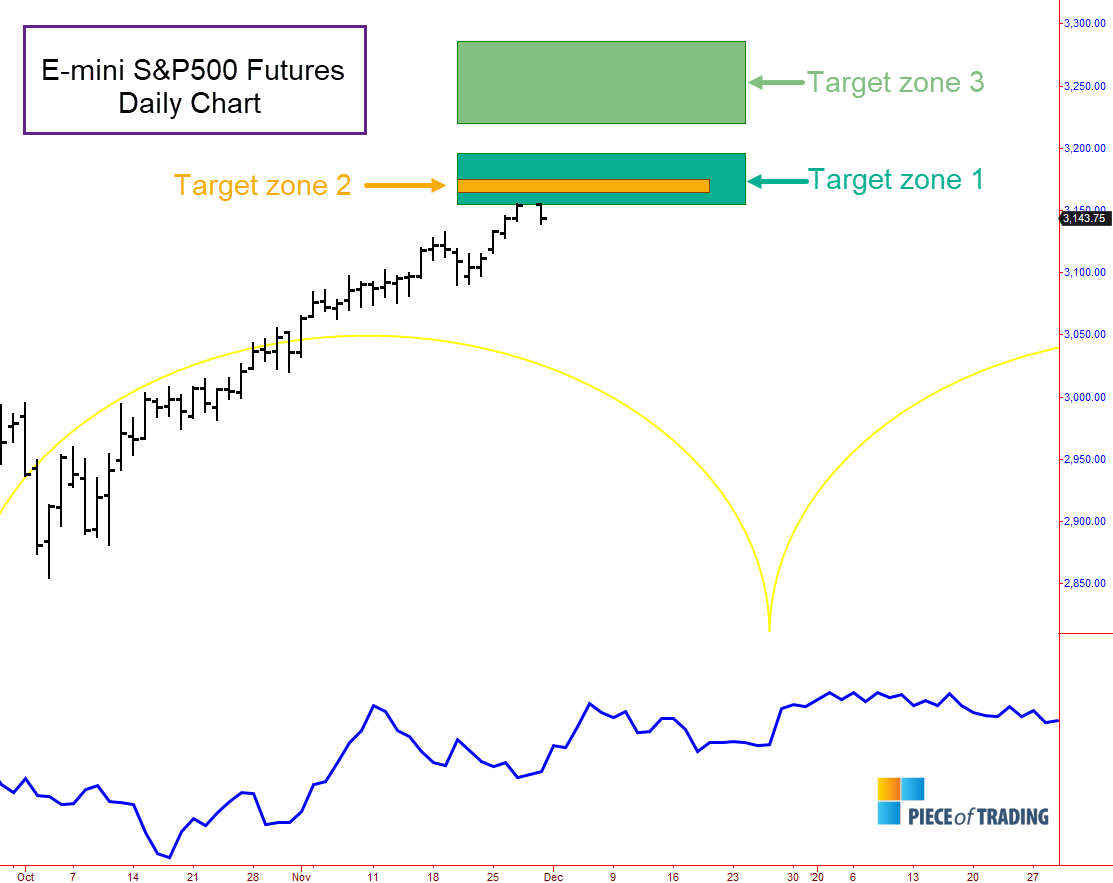 We are in the second half of the cycle where it is expected to go down. But since we are in a bull market we'll probably see a right translation. It means that we can expect the instrument to peak after the midpoint and a decline close to the end of the cycle. Which end happens to be December.

As you can see the seasonal pattern suggests a possibility of decline starting from the second week of December.

I've closed my position not only because of the Thanksgiving but also because S&P500 reached the target zone 1 (green). Target zone 2 (orange) is a short-term target. We can expect target zone 2 to be hit if during this week the market resumes its up move. Which I think is possible having in mind that my recession indicator stays flat, market internals are stable and Friday's decline was probably a fake move (market holiday).

If you remember from the last blog post, I am long VIX with options. I intend to keep them till expiration (Jan 2020)  because cycles and seasonality are showing possible weakness ahead. Also, I don't believe the US-China deal will be signed that easy. All this suggest an increased probability of a short-term drop.

However, when you are trying to guess the future, you have to be very careful. The trend is up and as happens often it is easy to convince yourself that a correction is coming.

So I will be something like market neutral. While VIX options will cover the downside,  if I see long signals in S&P500 I am going to take them.

I wish there were more trading opportunities to discuss with you. Unfortunately, since the market was closed on Thursday disregarding the price action one day before and one day after the holiday means excluding more than half of the previous week. This excludes all short-term trading signals :)

Now, we have to exercise patience and to see how this week will begin. I am sure many opportunities are coming.