How to tell if S&P500 will test the previous top? Gold and 10YR Treasuries

How to tell if S&P500 will test the previous top? Gold and 10YR Treasuries

Yield curve finally inverted. All eyes on ISM. Labor Day is like a pause before the all-time-highs test.

It is showing that the true inversion came one week after the intraday one (which spooked everybody).

Now the question is will there be a recession in the USA?

Probably someday but not soon. My Recession Indicator has risen and is now showing the probability of having a recession in the USA in the next 6 months is 31%. That is the highest reading since I started to publish it here. But still, it has a long way to go before any strong indications of a recession.

OK if recession won't happen in the next 6 months then what will the market do?

The Federal Reserve will most probably cut rates on the next meeting. US-China trade war escalated too much already and I don't see how they will escalate more for now. I expect President Trump's administration to introduce a new stimulus to the economy.

Look at the next chart. 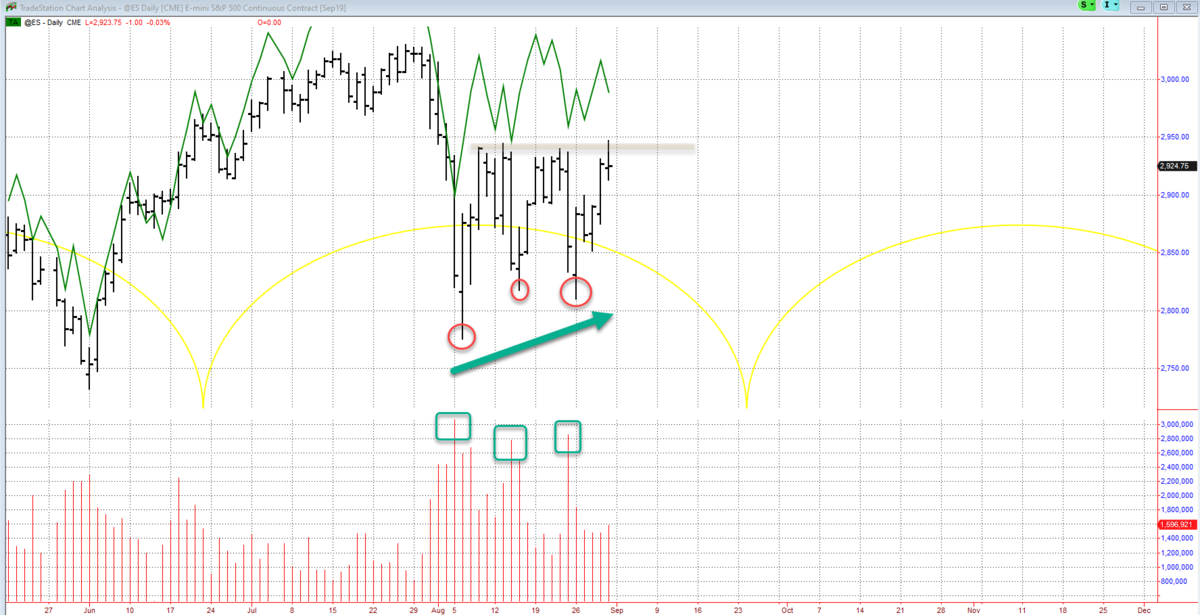 It shows the E-mini S&P500 continuous futures contract. It is showing that the market is making higher bottoms on higher volume. The only thing missing is higher tops. Right now it looks capped at 2940 (zone).

No matter that September is the worst month for stocks (statistically speaking) I think that most likely we'll see a test on the all-time-highs.

On Monday the markets are closed. So we must be careful with making trades based on Tuesday's price action. I expect that Tuesday will start with a down move. All eyes will be on ISM Manufacturing release on Tuesday. Without a doubt, this will be the most important piece of news. A reading above 50 will stop the decline and force a break above the 2940 zone.

I'll be looking to be a buyer this week.

Now to the other markets.

Seasonal weakness, distribution and a good price action signal show why I have an open short position in Gold. As my target (on the picture below) is suggesting I expect gold to test the lows formed two weeks ago. 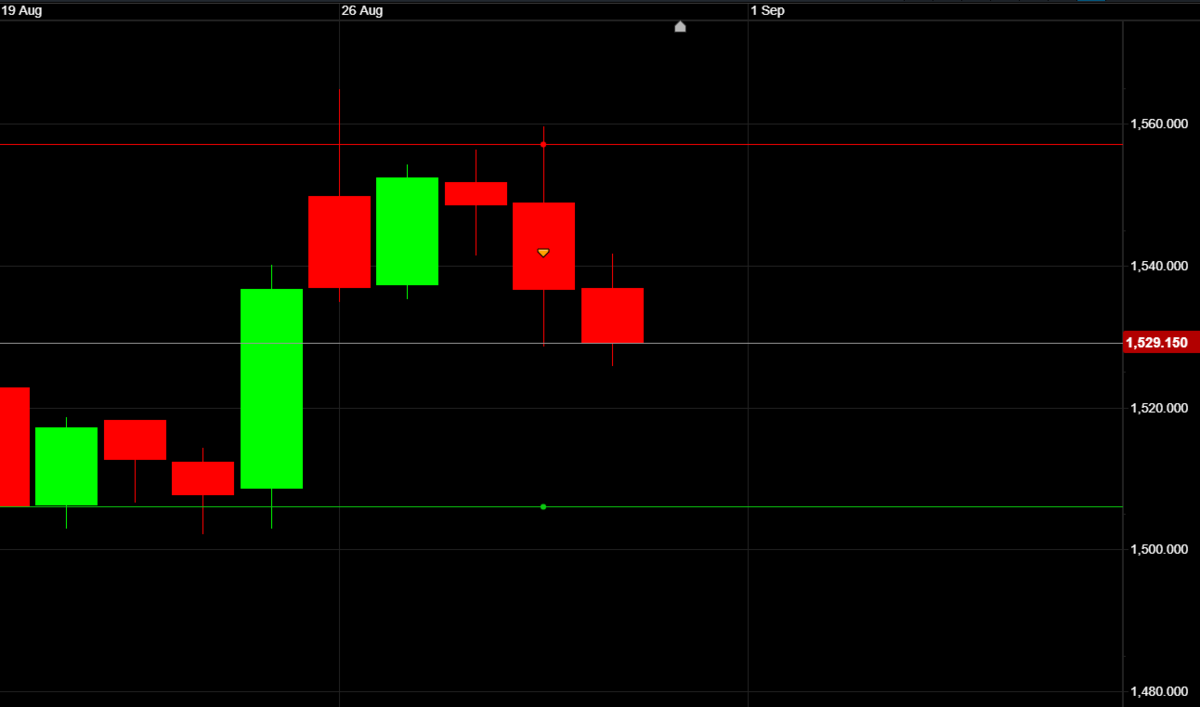 This position is against a strong trend. What makes it even more dangerous is the fact that this trend is 100% made of panic. So be careful.

When everyone is talking about the yield curve, let's see if we can make some money from its components.

My short-term COT pattern is showing that an opportunity for short is forming. We are also approaching a period of seasonal weakness. I don't see a signal yet but will look for it this week.