What's next for U.S. Stock Market the after recent rate cut? What does it mean for the Precious Metals? Weekly Piece.

What's next for U.S. Stock Market the after recent rate cut? What does it mean for the Precious Metals? Weekly Piece.

Gold has continued to make outside day after outside day. Here I see nothing clear. Better to wait.

Silver made a short-term move to the downside as suggested by the pattern from the last week's post. Short-term target was reached. Can it go lower? Probably yes but if we are to see a decline of some significance, we should see a short-term bounce first. 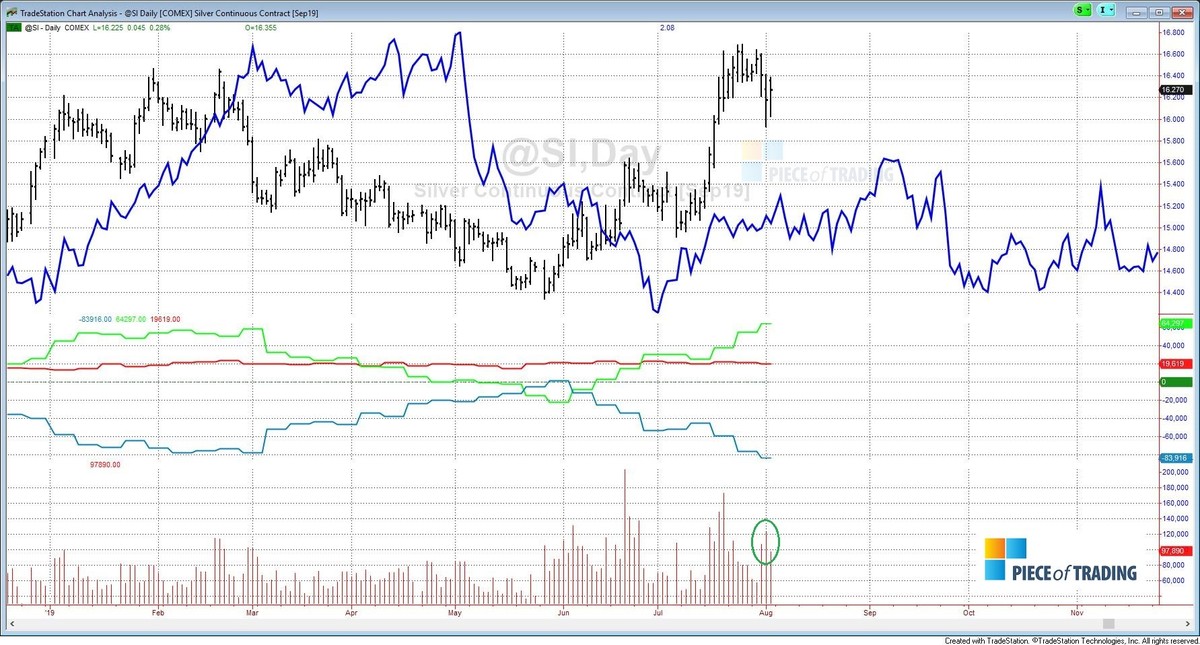 Anyway, if nothing extreme like Tweets, Facebook posts or LinkedIn articles appear :-), based on the price action of the last two trading days I expect on Monday to see a move towards Friday's low. If it takes out the low, I see an increased probability of a continuation of the down move. Thursday's high at 16.405 (SIU19) must stay untouched for the down move to have an immediate continuation.

After last weeks shakeout, I can't see anything which might present a good short-term trade. There are few things to consider in Crude Oil, Soybean Meal and some currencies. But it is just not enough. The key to trading is to be selective. When you can't find anything special, better “sit on your hands”. Stop trying to make something out of nothing. That rarely works

So let's go directly to the stock market

My target in E-mini Dow futures was hit. That was a good trade. With very good risk/reward ratio for a short-term trade. But the market fell a lot more. In winning trades, you always have fewer contracts and patience than you wish to have :) . That is especially true if you enter against your long-term views.

Speaking of longer-term, I don't believe that this recent sell-off is the start of something significant to the downside. FED started with the rate cuts. Those 25 bps cut means two things:
- December's hike was a mistake!
- No recession in sight. If the recession was close, I think we'll be having a 0.50% cut.

Having in mind the tweet that followed, in perfect timing, after the central bank's meeting we should see at least one more rate cut till the end of the year. It seems that there will be rate cuts in Eurozone too.

My recession indicator is making a “mid-cycle adjustment” because it rose to 27%. Still in the green zone.

All this makes me look for more US stocks.

As for the indices. Two of the major ones reached their short-term target. I think there us a little more room to the downside. 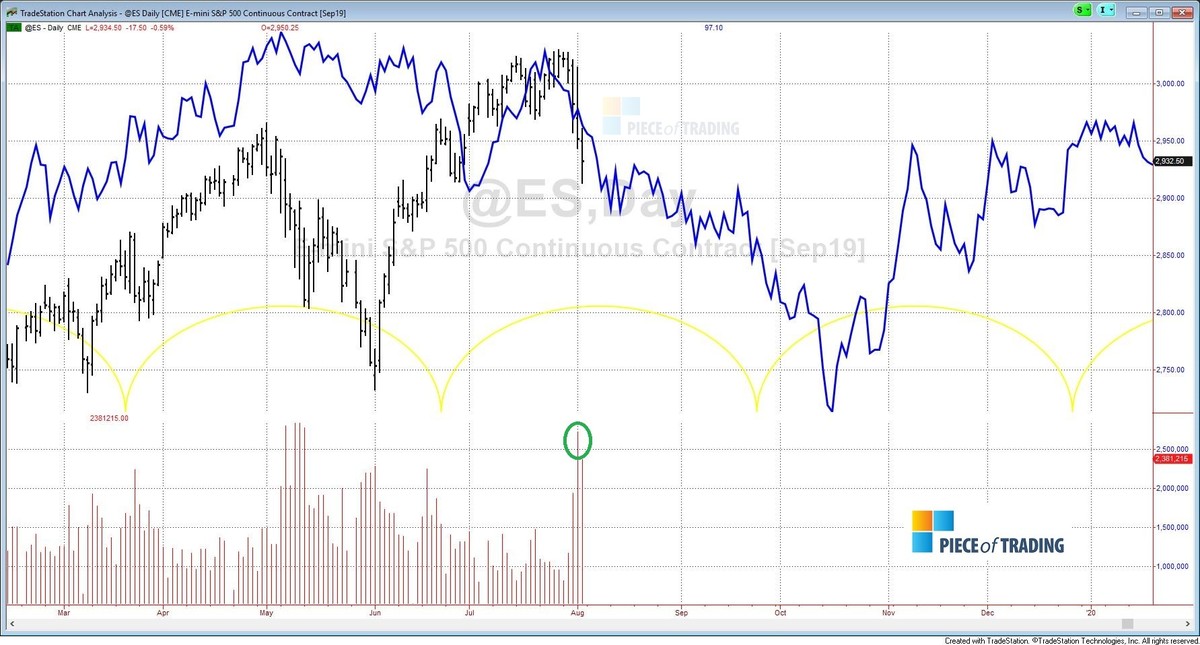 Most probably on Monday, we'll see a drop towards Friday's low. The structure of Monday's move will give further indication of the proximity of a buy signal.

After last week's "2000+ Trading Words You Need to Read Before FED's meeting" this one sure looks like a short piece.