I would like to start this weekly piece with an interesting comment I've read on Twitter. Can't remember who wrote it. It was something like "if a recession starts now it would be the most widely expected in history". That person also posted a chart showing a record fund outflows

Nice, isn't it? Now everybody is expecting a recession. Probably that is why we saw a new all-time-high in S&P500, DJIA and NASDAQ. By the way, my recession indicator is unchanged from the last week, showing a 30% chance of getting into a recession in the next 6-12 months.

One more thing attracted my attention this last week. It was an article in Bloomberg that Aramco is restarting the preparations for its mega IPO. That is huge, and it is affecting the markets in many ways. The IPO is expected in 2020 or 2021. If you are trying to forecast the next recession, you must include Aramco in your calculation.

Moving my target in the S&P E minis paid off. I wish I had waited longer but part of trading is leaving money on the table. I believe that the uptrend will continue. The next buy signal could come as soon as Tuesday. 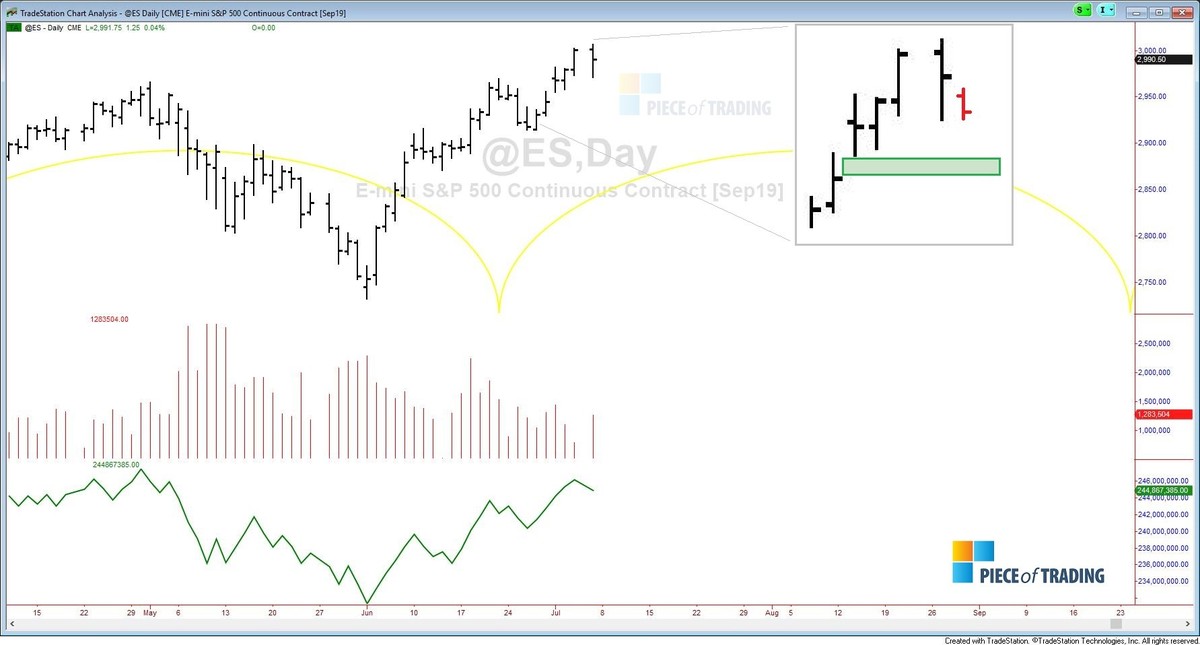 For tomorrow what I think will happen is an initial move down towards the Friday's low. If breached the market would probably test the gap. An inside bar is possible which might set the stage for a signal on Tuesday. We'll see!

Now to other markets.

Soybean complex is falling down as it was suggested in a previous weekly piece. I'll be looking for more short signals after a pullback.

Corn looks like it can fall more if Friday's low is taken out. It has the setup; it has the distribution and the seasonality. What bothers me is Friday's bar which is the first after a non-working day for the markets. We have to be careful with it because it may cause a complex signal (with a stops run) to be formed.

Looks like another buying opportunity is presenting itself in the energy complex.
RB gasoline is the strongest but I see some initial signs of distribution. That is why I prefer Crude oil. Looks like it is the only one that is being re-accumulated.