Here we are with the second weekly piece. Let’s start with a recap of the last week’s piece.

Japanese yen has risen as expected. So what now? As you can see from the image below, there is a lot more to the upside if JY is following its seasonal path (seasonal chart courtesy of Larry Williams). 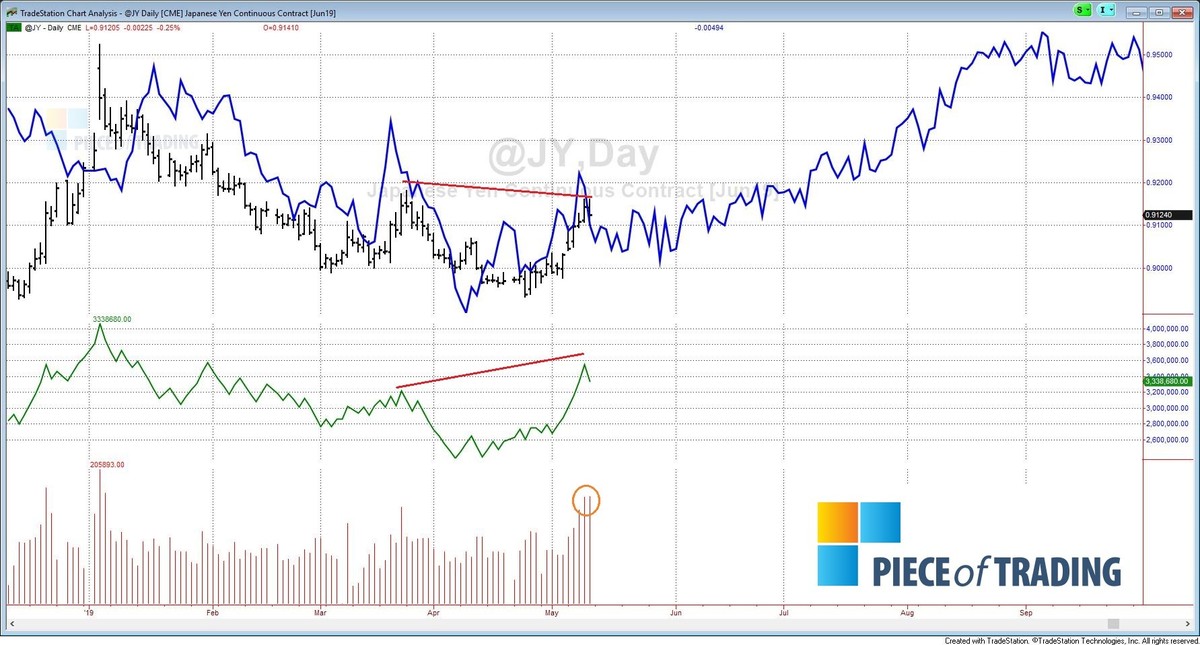 Personally, I don’t believe a currency position should be kept open for more than 5 days (7 days maximum). If you want to hold a position longer, there are other markets, which can offer you that. But for currencies, short-term trading seems to be working the best.

Going back to the Yen we have the seasonals and a good accumulation shown by the green line. The volume increase in the last trading days of the week suggests that JY can hold for a few days at those levels or even retrace down. That is where I’ll be looking for a complex signal to get long in JY. Again looking to ride it for a few days.

The British pound also looks good. I will look for entry signals to go long in the coming week.

Now for the second one- the E-minis. The US-China’s deal can take over the markets really fast. I didn’t get the signal I was expecting. On Monday, we saw a gap which was not filled and the S&P500 went to the downside.

Those almost 5%, which is how much the E-minies had actually fallen, brought all those fortune tellers who were hiding in the shadows of the bull run since the beginning of the year. Again, they are screaming of the upcoming financial markets’ meltdown. One day (sometimes in the future) they will be right, and we’ll get into the next recession. But I don’t think this is the way to make money in the markets.

My belief is that if you want to make money in the markets, you must calculate the odds for every situation and then base your work on the most probable scenario.

Now let me list some bullets, which will give an idea of what to expect:

I explain all those in the Piece of Trading’s educational platform. The takeaway for you is that you have to have a system of rules of how a market top/bottom is forming. That does not guarantee 100% success, but you will know that until some things are not present, the probability of long-term market top is low. Having such a system in place, you won’t fall victim of all those glory seekers and fortune-tellers who are speaking of the end of all ends :) 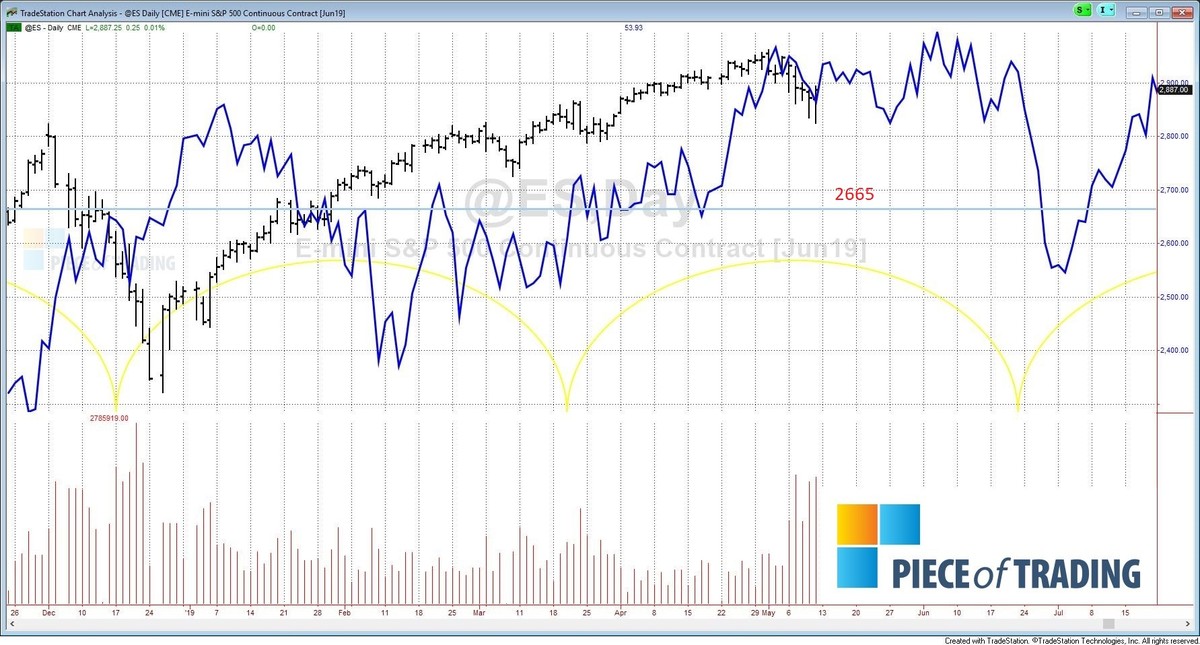 Now to the present.

Most probably, after all the action on Friday, Monday will be a quiet day. Inside bar or up range, down close. Then we must see for how long the new tariffs will drive the market down and when the attack on the top will begin. I won’t go long based on Friday’s action because I’ll have to use a large stop equal to the expected first target which will have to be somewhere around the previous top. So I will look in the next few days for another opportunity with a better risk/reward ratio.

I hope you've enjoyed this combination of a weekly and educational piece. There are more to come.

Trades mentioned here are either taken or will be taken by the author if the right conditions appear. They are NOT recommendations nor all of this constitute investment advice. Please read the Risk Disclaimer